The Know-Why of AI 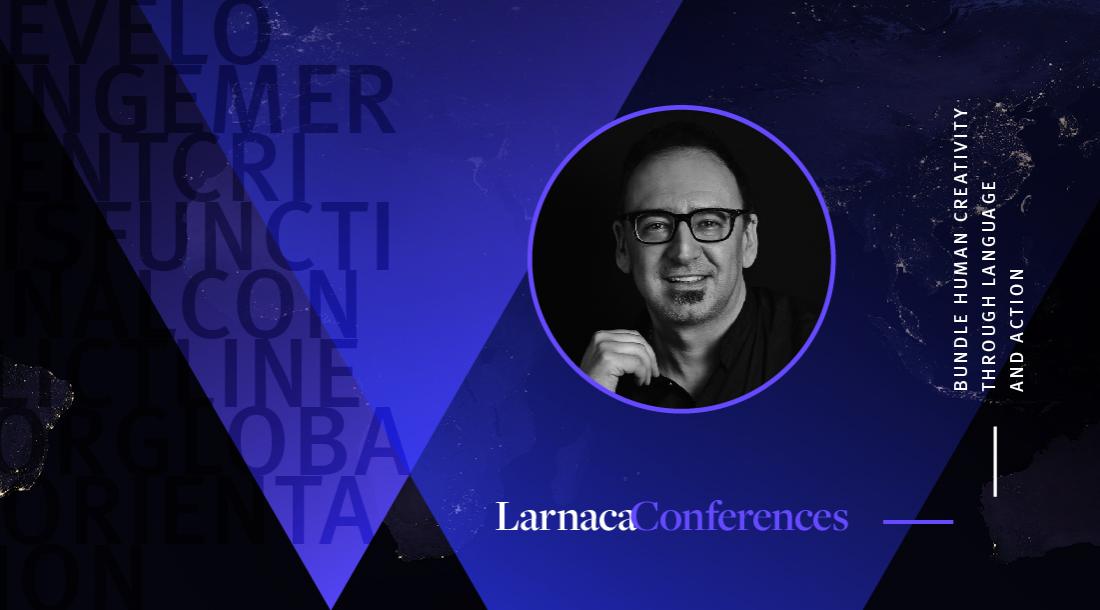 What do our concepts of knowledge mean for understanding the civilizational potential of AI? The interview with Dr. Leon Tsvasman, who substantiated the cybernetic concepts of knowledge and intelligence in his book "Infosomatic Turn" (2001), was originally published on https://intelligente-welt.de/ - moderated by Hannes Rügheimer. The present version was edited in consultation with the author using comments not contained in the German original edition.

The status quo in AI's approach to knowledge: Expert systems

In principle, AI is an ideal tool for tasks that can be well represented in models or sets of rules. Therefore, for example, even the best human chess players today cannot win against a well-programmed or well-trained AI in a chess game. On the other hand, artificial intelligence is hardly suitable as a tool when typical human characteristics are required: Creativity, empathy, emotionality, or diplomacy.

When it comes to managing "knowledge" and navigating through knowledge constants, "expert systems" have been established since the 1980s. Their task is to support human experts by deriving decisions from a captured knowledge base. Such systems work in three steps: First, the human experts must make the underlying knowledge base comprehensible to the computer - in other words, "capture" it. On this basis, the system carries out its analyses or problem solutions. The result is then presented to the human user in a form that he or she can understand. Among experts, this third stage is also referred to as the "explanation component" of corresponding systems.

In principle, the AI application "expert system" can use different strategies to solve problems: There are case-based systems that learn from decisions made earlier by humans. Or rule-based systems, in which the knowledge base is coded according to the "if - then" principle. In addition, there is the neural network principle, which maps the decision strategy in the form of search or decision trees. This approach is particularly suitable for solving classification problems.

The distinction between weak and strong AI

In the IT industry, the distinction between "weak AI" and "strong AI" has also become established. Experts refer to AI solutions with limited tasks as "weak". For example, the expert systems just mentioned or all variants of pattern recognition. The term "strong AI," on the other hand, refers to AI systems that are designed to make independent decisions and emulate logical thinking. Such AI could learn and plan in a broader context without being limited to a single, strictly delimited task. At present, however, such "strong AI" systems are still a vision of the future. Nevertheless, researchers assume that AI will be able to support humans in solving even complex control and decision-making tasks in the future.

In our "Inside AI" interview series and the "360 Degree AI" series presented here, AI expert and philosopher Dr. Leon R. Tsvasman outlined and justified his vision of global AI as the world's technical consciousness. If, in the future, the task of making decisions relevant to everyday life is left to a powerful, global AI infrastructure, humans will be able to concentrate on their strengths and abilities. However, this presupposes that this global AI also makes its decisions based on undistorted data.

Knowledge is more than information transfer

To shed light on the importance of knowledge considering these developments, we asked Dr. Tsvasman what role "knowledge" still plays in a world with AI. The AI expert and philosopher points out that there can be no civilization without knowledge. Not unlike the inhabitants of a termite colony, humans also act together, constructing their common living world. "Termites, however, do not create knowledge that is contextualized by means of media such as books, films or social media services. Moreover, they are not subjects that autonomously orient themselves in the world."

Dr. Tsvasman elaborates, "At least since science fiction has existed, some learners in schools and even students still dream of having textbooks fed directly into their brains to pass exams. But this is a serious error in thinking. It stems from an overly mechanistic notion of 'information transfer'. Even designers in the education industry often rely on this naive narrative when they think that information can simply be transferred from A to B - usually from teacher to learner."

"When students of technical subjects ask me what they need the interdisciplinary foundations from humanities, social sciences, or humanities sources for, my answer is: orientation knowledge. This type of knowledge dwells at the core of the Humboldtian ideal of education, although Wilhelm von Humboldt himself did not use this term. He did, however, advocate holistic education in the arts and sciences - in the field of study. Historically, this ideal drew from the claim of the - pre-industrial - bourgeoisie to general education. Despite the industrially demanded pragmatics of vocational education based on the division of labor and highly specialized training, Humboldt's ideal of education survives to this day. But only in the future with AI will it become existential from an epistemological-practical point of view because reality is becoming increasingly complex. I even assume that in a future virtually expanded multiverse with global AI, one will be increasingly dependent on a consistent world and self-concept to be able to act consciously at all as a personality of integrity."

Why orientation knowledge is more important than specialized knowledge

Orientation knowledge, according to Dr. Tsvasman, makes us capable of judgment and enables us to act individually on our personal path in life. "Information that really benefits us in life is thus basically always orientation knowledge. It is primarily the individual himself who benefits from such knowledge - and not directly, for example, a client who, after all, focuses on efficiency and thus only on the minimum necessary information to achieve his entrepreneurial goals." Acquired orientation knowledge can rather help to recognize one's own potentials in the sense of personal development. Then, consequently, one could, for example, change one's profession or employer, adapt one's convictions or adjust one's own work-life balance. Ultimately, this kind of knowledge leads to truly grounded truths, judgments and mindsets, he says.

"Unlike orientation knowledge, 'expertise' alone empowers us to act by mandate. Therefore, any 'rational' knowledge that serves the goal of acting together in a goal-oriented way has more to do with communication than with knowledge. It is precisely here that I see the future role of an AI infrastructure as an all-encompassing auxiliary intelligence. If it exists, human expertise would no longer be important - but our orientation knowledge would be even more so."

"If you do not acquire sufficient orientation certainty, you will not find terms to describe things you observe or experience yourself. If orientation certainty dwindles, parameters of consciousness that make us knowledgeable, individual, authentic and unique also become superfluous."

Knowledge and power - the problem with strategic knowledge

Against this backdrop, the saying "knowledge is power" is also instructive: "Knowledge becomes power when you draw it from your own certainty of orientation. After all, what use are goals if we cannot be sure that they are our goals? Basically, any 'rational' - that is, explained or explainable, explicit, often technical - knowledge partially transfers foreign goals, constraints, and contexts of meaning onto us. At least since social psychology has existed, we know that all social interaction boils down to mutual action-influence through communication. And as Charles Spencer "Charlie" Chaplin put it, "Power is what you need when you're up to something bad; love is enough for everything else..."

"Those who really 'know' what they are doing, that is, who actually act in their own interest, and thus have their goals, which are based on their own orienting knowledge, realized by others, use their knowledge, which is strategic, as power. This knowledge is absolute effectiveness and I doubt that any human being can have it in full expression. We are groping our way to the world and to ourselves. Anyone who claims to have absolute strategic knowledge is lying. No human being has absolute truth."

"Nevertheless, many politicians, doers, thinkers and shapers pretend to have in their fields - and this is essential! - to know the relative truths of the moment. As a rule, these are the limited truths of current and therefore temporarily significant survival. But from these they then derive the claim to power."

From a human perspective, artificial intelligence is also a medium

So what does all this mean for the use of AI and its decision-making pathways? Dr. Tsvasman: "So far, we understand an insight to be useful or relevant if it is updatable and fits our cumulative understandings, which we know as media. As I explained, any 'rational' knowledge has more to do with communication than with cognition. If, on the other hand, you recognize something that they can't communicate or process through media, it hardly gets a chance to become reality."

"AI is also a medium because it is based on rationalized agreements enabled by standardized procedures - that is, programmed, for example - infrastructurally or institutionally anchored. These perform a function. That is, they help us realize our notions of a stable shared world."

"Except that, up to now, our symbolic, communicative, and technical media have only allowed us to construct a survival world that did not exempt us from caring predominantly about common survival. So far, media have made us dependent: the symbolic ones like power and love. The linguistic ones that made us linguistic beings. The technical ones that degraded us to industrial servants. The communication and information media, which made us believe in a substitute for reality. The economic ones, which turned us into efficiency beings contrary to our evolved potentiality - and so on. AI marks a turning point."

"With AI, for the first time in history, we have a real opportunity to free and from the constraints and biases that prevented us from true cognition, which can only occur at the subject level. To put it in a nutshell: AI will only be able to address tacit knowledge. That is, knowledge that does not come from human-AI communication, and thus would amount to conflicting commands from 'empowered' humans and, at best, discussions. Rather, this tacit knowledge must be based on human-KI intersubjectivity."

"I will try to illuminate it with an example: An ideologically efficient human villain might persuade people to, say, throw themselves off a cliff out of fear of some bugbear or blinded by a particularly attractive afterlife idea. The 'arguments' misused for this purpose would represent a logically - that is, by means of logos - distorted or strategically truncated actuality and thus explicit or explained 'knowledge'."

"In contrast, implicit knowledge would be the latent realization that life is more valuable because it contains more chances than the logically reduced image of the villain suggests. It would also include the insight that there is no ghost or paradisiacal afterlife in sight, and that such ideas are only ideologically profiled fears or longings. Such insights could be 'read' by an AI from the real-time monitoring of all data. It would then have to multiply and steadily realize them with the premise of the absolute value of human potentiality - for example, the protection of life."


As a cybernetic-inspired media scientist, philosopher and polymath, Dr. Leon Tsvasman conducts research in the field of complexity, teaches at international universities and is the author of several visionary basic works in the interdisciplinary discourse on information society and the economy of innovation.