From a global systemic perspective, climate crisis and the impending collapse of biodiversity are not only profoundly human, but also not solely reducible to tangible consumption of non-renewable resources:
It is a cognitive and a social crisis, related to our social architectures, to how we think of humans, how we construct our schools and educational systems, and how we communicate with each other, conditioning each other into systems of dependency that prevent precisely the kind of complexity-aware thinking, speaking, and acting that we now need to functionally tackle the big problems.
In his keynote address, Dr. Martin Frick pointed out how important it is for all people to be able to emancipate themselves in terms of their energy supply.
As simple as this sounds, it becomes problematic the moment we try to do so, because without a fundamental shift in consciousness and clear political guidelines, such attempts will only bring many back into dependency on other exploiters - in this case, for example, the housing associations and greedy real estate sharks.
We have to see to it, that the tools we design with the intention to help dealing with the climate crisis do not become the means for climate exploiters to increase the crisis and thereby fill their own pockets.

To be truly systemic, we need systemic social architectures and educational programs that enable all people to emancipate themselves in three ways at once:
1. Energetically, as proposed by Dr. Frick,
2. economically, through Unconditional Basic Income and independent and sustainable local new economic programs,
3. cognitively-socially in their own systemic sign universe with the ability to consciously form different roles in different social spaces.

And it is this last point that I am particularly interested in, because it is not only globally feasible via Formwelt research and other projects, but because it plays a central role in all political decisions. In societies that push dependencies, we do not get free citizens who can make conscious free decisions, in which their great complexity management abilities, laid down by evolution, can unfold.
It is the limits of our current conditioning systems that cause societies whose citizens cannot help but exploit each other globally and also locally, because they are taught at an early age not to ask certain questions, or because they are on the side of the exploited, who have completely different concerns than thinking about for example which organizational design for the company of the future is really sustainable enough.
So while on the one hand we have to insist intensively that energetic and economic emancipation becomes possible for every human being on this planet, at the same time we have to provide tools, models and programs that enable systemic educational and communication reflection with citizens who are able to use their increasing free spaces responsibly and future-consciously and who may also allow themselves the courage socially to criticize existing social architectures.
Evolution has endowed all of us with the ability to deal with complex challenges in a multidimensional, highly differentiated and fast-paced manner. Every child can learn in a way that we only rarely find in adults later on, and this is not because evolution has laid it out in us in this way, but these are consequences of our conditioning programs. Our educational systems are not systems for the free development of natural aptitudes, but to a large extent completely outdated, rigid conditioning institutions, which, understood as embedded in our society, work everywhere - and not only in school.
Accordingly, inadequate solution programs are developed everywhere, and we watch with horror that and how simply the political solutions we need to solve the most urgent problems do not come about: It is a systemic problem, especially of democratic states, which simply and for good reasons cannot bypass their citizens.

The whole thing can be imagined in a circular way:
If we address only politically, we fail because of our own lack of complexity awareness in the masses. By writing programs for development of complexity awareness and giving people the chance to make better use of their natural aptitudes, we will instantly get different politics and different politicians.

So the questions I want to discuss with the participants in the breakout sessions and some of the answers we have already prepared on this from the Formwelt research are:
How can we manage to globally ensure that people can increase factually oriented complexity awareness in order to be better able to reduce the most expensive energy consumption of all: that of dysfunctional thinking, speaking and acting that keeps throwing us all back into conflicts that no one needs. Conflicts caused by a lack of complexity management skills cost money, time and energy: 30 minutes on Youtube is equivalent to the energy consumption of driving 6 kilometers in a Volkswagen Golf.
Emotionally overwhelming conflicts lead to small and large social crises that devour vast amounts of resources - resources we urgently need to master the life-threatening crises we face in the first place.
Emotionally overwhelmed people consume cheap products and are less able to help those who are really in trouble. The climate crisis is a cognitive-social crisis of global proportions! No man is an island.
Every single thought, every single communication, every single action costs systemically on a global scale complexly interwoven energy, life time and resources. So every thought, every sentence, every action counts.
I look forward to hearing your ideas on this and to presenting mine to you. 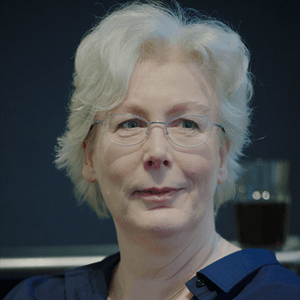 
is a German systems researcher and cyberneticist, co-developer of FORMWELT and WELTFORM, founder of the Formwelten Institute and initiator of the Larnaca Conferences.