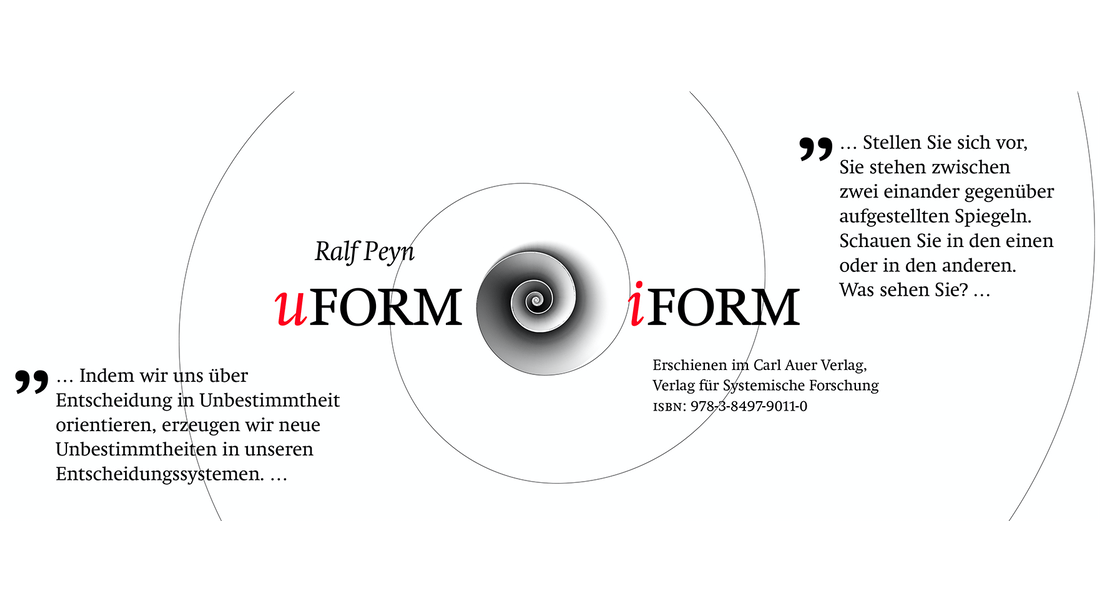 If you haven’t already, read the main article: How does System function/operate

Translated from Friczewskis article: “… Living beings can be understood as systems transforming disorder into order comparable to whirls, which at the same time – in contrast to whirls and others – are capable to yield their form out of itself (= autopoiesis), or otherwise said: which continuously enter their form. The compensation of the difference between their dissipative structure and their autopoietic organization is calculated by them as (resp. in) a rhythmic movement.
Rhythm is the “connecting pattern” with which living systems establish and preserve their coherence, i. e. their inner and outer cohesion… “

you can watch a movie created from a compilation of snapshots of the SelFi Rhythm101101.

What you see there are extracts of rhythmic threefold selective decision-systems with (stable) internal differentiation. Between one extract and the other the screen (or parts of it) turns black. All have been initialized randomized. All develop unique patterns.

Here are some interesting facts about these systems which they share with autopietic systems and  are described in part by Franz Friczewski in his above mentioned article:


We can observe phenomena like those in all sorts of turbulences, in whirlwinds, in crowds self-organizing their movements and in forms of structural coupling.

The possibly most fascinating thing about these systems is that they take random material and rapidly build an organized structure from this random material, and this organized structure reproduces itself and limits, resp. exdifferentiates the rhythms reciprocal. The systems do not develop slowly, they emerge fast and spontaneously and translate themselves rapidly into a relatively stable structure, that processes order, periodicity and relatively chaotic behavior in parallel. They make themselves rhythmic by getting themselves in their way. What is emerging from those operations we would in music recognize as “polyrhythms”. Here we can observe that such closed systems form their own times and their own time in themselves.

By watching those rhythmic SelFis we can begin to comprehend how a system does not primarily exist as the material it processes but in the form it organizes itself.

Sometimes systems that form themselves thus rhythmicly do not reach complex inner exdifferentiation, and some of them do not develop overall stable cyclic behavior but break down in part or even completely.

If you are interested in analyzing these systems and in learning more about them and others which demonstrate general attributes of and universal behavior in self-referential systems download the SelFis here: http://www.uformiform.info/downloads.

Start Rhythm101101 with <return>, press <space> to continue its evolution. Do it fast in order to see how the rhythm(s) move. If the system is boring, exit the program with <esc> and start anew. Each new start of the program initializes the SelFi with another randomized systems state. You should try many re-initializations in order to comprehend the complexity and variety of this SelFi and to find interesting structures with more inside borders.